One of my favorite things about my Hubbin is the random conversations he starts.  The other day he asked me what literary characters I would invite to my wonderful Christmas Party of Awesome.  So guess what, you guys now get to read a post about my fantasy literary Christmas Party. 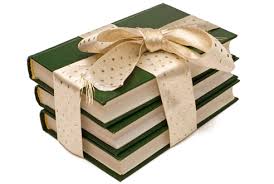 The March Sisters - Meg, Jo, Beth and Amy from Little Women would be the first people I would invite.  There industriousness, creativity and varied personalities would be invaluable.  They would be able to help me plan and execute the party and during the event any other guest would find a kindred spirit in at least one of the girls.

Lexi the Fox - In the Legend of Holly Claus the little fox Lexi is the reason Holly is so well and appropriately dressed for all of her adventures.  I would hope that having this little vixen around would assure that not only would I look fabulous for my party, but that the guest would enjoy her spirit as well.

Mr. Tumnus - In The Lion, the Witch and the Wardrobe, the faun Mr. Tumnus embodies the spirit of hope that the world can be a better place.  I feel that this guy could make my party a positive and fun experience for all of us, and if we were lucky we could get him to play his pipes for some entertainment.

The Weasley Twins - The intrepid duo from the Harry Potter series would bring the magic...literaly to our shindig.  Their sense of humor and inability to take anything other then fun seriously would be just the touch our party needs to bring it from good to AWESOME! And since there are two of them, we could spread the fun.

Heather and Morag - My favorite buddies from The Good Fairies of New York would bring the music and dancing...and probably a wee bit of mischief  to the proceedings.  Nobody would be able to keep still when these two go their fey music started...provided they could get along for the duration.

Calcifer - A fire demon who is also a sarcastic wit would brighten up the fete considerably (did you see what I did there...brighten...get it...he's a fire demon...I crack myself up sometimes).  He would have a place of honor in my fire grate and only be fed the best yule log.

The Ghost of Christmas Present - My favorite ghost in A Christmas Carol  would be the ultimate guest.  This jolly guy would bring the spirit, the charm. the feel and all the good stuff that the holiday season is supposed to evoke.  I can't imagine having one crabby guest with this guy in attendance. 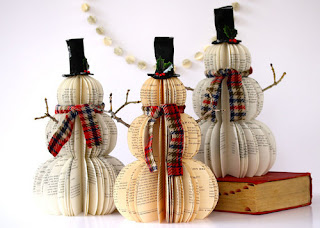 This of course is just a few of the illustrious literary characters I would invite, but I have to save some good stuff for next year.  Who would you invite to your literary holiday party?  Happy Reading Everybody!
Posted by NGHJ at 9:00 AM